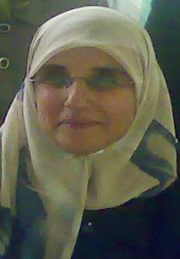 Sanaa Aboudagga is Professor of Education at the Islamic University of Gaza (IUG) since 1999. She got her M.A. & PhD from Iowa State University in the USA. She held several senior positions at IUG and is now the director of the academic partnership project titled "Strengthening Higher Education Capacities in Palestine for Gender Equality" (SHE-GE), which is implemented by IUG with Graz University. The project is funded by the Austrian Development Agency (ADA) under the Austrian Partnership Programme for Higher Education and Research (APPEAR). The research of Prof. Aboudagga covers evaluation, community development, women’s issues and quality in education and is published in refereed journals. 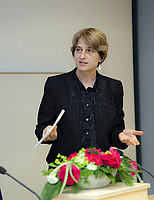 Libora Oates-Indruchová is Professor of Sociology of Gender at the Department of Sociology, University of Graz. Her research interests cover cultural representations of gender, gender and social change, censorship, and narrative research. She participated in the institutionalization of Gender Studies in the Czech Republic, where she also worked in an educational NGO specialising in gender issues in the 1990s. She began the cooperation with the Islamic University Gaza in 2016 and has been directing the Austrian part of the SHE_GE project for the past three years.